You are here: Home » News & Blog » Beer Brewing Tech » How to oxygenate the wort before into the fermentation tank

How to oxygenate the wort before into the fermentation tank

How to oxygenate the wort before into the fermentation tank

In beer brewing process, yeast plays an important role on converting wort to real beer. But why and how to oxygenate cold wort with my beer brewery equipment, here we wanna make some further clarifications as below:

We all know the beer yeast is aerobic-anaerobic microbe, it will multipling under aerobic condition and fermenting under anaerobic condition. Before the yeast enter into beer fermentation tanks, they need to multiply to reach a certain amount with oxygen. That is why we need to oxygenate the cold wort, and the dissolved oxygen usually need to reach 8~10mg/L. 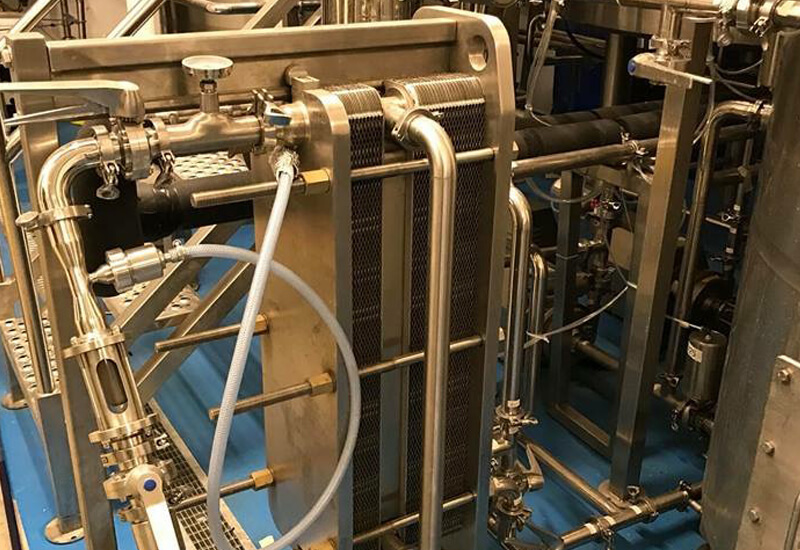 In order to facilitate the dissolution of the oxygen, the air must be bubbled with very small air bubbles and mix with wort in the way of vortice. In theory, every hundred liter wort will need 3L air to reach dissolved oxygen 8~10mg/L, but in fact 10 times during actual production. Cause part of the air which did not dissolved in will be discharged, the bubbled air is not even acturally. Besides, the higher temperature of the wort, the lower dissolved oxygen will be.


Both ends of the Venturi tube with bigger section than center section. When the wort flow throught the deflation part, the flow rate will be higher because of the smaller section.The sterile air which is bubbled in deflation part will be indraft in wort soon, form many micro bubbles and dispersed in the speedy wort evenly. The vortex will be formed at the bigger section part, it is good for the wort complete contact and dissolved with those bubbles.

In recent beer brewery equipment, there is another wort aeration device is Carbonation stone, it with countless small hole, the accuracy saying at about 0.5um. Compared with Venturi tube, the carbonation stone working its more gentle, it without turbulence produced.

For more details on how to do wort aeration with your brewery equipment, please feel free to contact with us.